Log 23.5.22
home sick today :(( so it's been Mindless Media Consumption for me! been watching more x files again lately too. today i watched syzygy, pusher and sleepless and i'm planning to rewatch firewalker after this. forgot how much i f ucking loved syzygy, it's SO much fun watching mulder and scully bicker. "sure. fine. whatever" theyre literally a married couple. also i liked how they didn't reaaallly explain what was happening? like they kinda did but then just. left it openended. i find it really funny tho that like, they don't really limit the paranormal in this show? they confirm astrology AND ghosts AND telekinesis AND aliens AND the genetic experimentations AND just random mutations AND mothman and the list goes on.... and you know what? good for them. anyways pusher was of course also excellent. they held hands,,,,,,,<333

sleepless too. i love their stupid little phone conversations!!! they're so happy!!!!! i miss when they were happy lmao now theyre just sad and traumatised all the time. heartbreaking i miss all mulder's stupid little comments. also, first krycek episode!! he and mulder have such excellent chemistry love watching them. i am a scully/mulder shipper at heart but i LOVE watching mulder and krycek together. bisexual mulder etc etc. excited to watch firewalker next, plague/disease/containment episodes are always my favourite!! (this is what i do when im sick: skip around and watch all my favourite episodes out of order.)

edit: normally i don't mark spoilers but i want to warn that the next paragraph has some spoilers for txf 5x05, the post-modern prometheus. it's SO GOOD i highly recommend you go into it blind. if you haven't watched it, tho, cw for some VERY dubious stuff around consent.

also, a few weeks ago i think i mentioned i watched 5x05 (the post-modern prometheus). i am not ashamed to admit it made me cry. a lot. like. so much. it's in black and white, which is fun, and there was the whole frankenstein tie-in which is also very fun. and ofc the dance scene. but i think what really got to me about it is that they gave a disabled character a happy ending, they made him sympathetic, he was accepted into his community!!! f uck!!!!!! this episode is so g.oddamn important to me both as an x files fan and a disabled person. just. you know??? ugh anyways going to make myself cry over this again if i think abt it too much. moving on.

(spoilers end) after that ofc I watched the scully christmas episodes. honestly not sure how i feel about them??? maybe it's just The Transgenderism but birth/pregnancy/motherhood narratives never quite resonate with me. i figured out what was going to happen to emily fairly early on as well, so it didn't quite have the emotional impact it otherwise would've. overall not my favourite scully characterisation in the world but the acting was good and the plot twist at the end of the first part was excellent! i think the second episode was much better than the first in terms of Scully Content tm

ah heck i never gave my thoughts on sawshank redemption did i?? i'm so tired lmao (also if this entry is more rambling and confusing than usual, apologies. the common cold is a terrible thing.) it was good!! it was A Lot though and im glad i went into it knowing there was going to be such abuse of authority stuff. that tends to REALLY get to me but i can generally cope with a warning. i'm glad it had a somewhat-hopeful ending! tbh i think the ending is the most important part of the movie, because if it had a tragic ending it'd just be 2 hours of misery porn, yknow?

i think that's all for today! i started Notes from Underground (again) today, but i'm only a few pages in so no coherent thoughts yet. I find it pretty hard to follow, but i guess we'll see if it gets easier as i go!

Log 22.5.22
Yikes, it's been a while. Sorry about that folks. In my defense, I haven't really been doing much.

last week (almost exactly 7 days ago at time of writing) i dropped my phone and it shattered into two billion pieces. jk not two billion but it is unusable. so i've been spending a lot less time on discord and a LOT less time (ie none) on tumblr. this has resulted in two things: being bored for the first time in months, and Actually Reading for the first time in months. yes those are probably related. First I re-read the Old Kingdom Chronicles, that is, the Sabriel-Lirael-Abhorsen books by Garth Nix, and then Aristotle and Dante Discover the Secrets of the Universe. Obviously the Old Kingdom books were excellent. Can't say I enjoy the "royal/important bloodline" narrative, but if you look past that, it's excellent. Worth reading for the unique depiction of death and necromancy alone. The world is really well developed and (imo) the narrative is resolved in a satisfying way. You can read the first book as a standalone, if you're curious. I really love Sabriel - I think she's well-developed and her character is developed in an interesting and coherent way. You can see how her flaws are also her strengths and vice versa. Also, Garth Nix doesn't shy away from having powerful protagonists, which is nice! There's definitely a trend of having underdog protagonists, which I understand the reasoning for but I feel they're often poorly done. If you set your protag an Impossible Task tm, you have to work really hard to find a legitimate, believeable way to make that task possible. Yknow? Sabriel is just... she has flaws, and she's facing a massive problem, but she's also capable. Maybe I just like badass female protagonists. Anyways, she and Touchstone are bi and trans. Sam is a nonbinary gay man, Lirael is aroace, Ellimere is a lesbian, and Nick is also bi. (None of these are canon btw I'm just insightful like that <3)

Aristotle and Dante Discover the Secrets of the Universe is one of those books that kind of get recommended to death. Despite that, I did enjoy it! The writing style is particularly unique and I enjoy how close we are to the characters. I did get bored, occasionally, but only for short stretches and overall it was worth reading. Unlike the old kingdom books, this one is actually queer and not just me projecting. It's often talked about as thé mlm YA book, which I find interesting. It wasn't like... the most incredible book in the world? It was just, good. Idk though because, yknow, i'm not mlm so maybe it is perfectly accurate and incredible representation. Just as a story, though, it wasn't AMAZING. Just fine. Four stars. Yknow?

Let's see, what else? I've watched three episodes of TXF (oh my GOD guys it's so much. aauufugfushuksdfjk) and last night watched a movie, Sawshank Redemption, with my parents. I have a couple thoughts on these two (shock! awe! who knew!) but I have Stuff To Get Done so will save that for another time.

final note - dracula daily is still ongoing and i'm so INCREDIBLY invested. the second from last entry had some Homosexual Undertones so that was very fun!! tbh this is the only thing i miss tumblr for. hearing everyone else get excited about the emails from jonathan harker. once again please email me your thoughts if you have em

also THERES STILL TIME. YOU CAN SIGN UP FOR DRACULA DAILY. you'll get emails from jonathan harker my friend jonathan harker all about his good friend dracula and the strange superstitions people in his area seem to hold :) i ate straight paprika today to flex on him. strange little man. obsessed. etc. seriously it's so funny bc at the time the writing would've been appropriately spooky or whatever but now that we all know that Duh, That's A Vampire, That's Count 𝔽ucking Dracula in 𝔽ucking Transylvania, it feels vaguely like a comedy. anyways pls join you can read the past few entries on the substack or i can personally forward them to you <3 also go ahead and email me ur opinions. specialagentdanascully@protonmail.com. PLEASE i want to talk to people about this it's so much fun<333

Log 6.5.22
i've been thinking a lot about the x-files, but i haven't had the chance to watch it since i last mentioned it. this seems like the most fitting page for this image i made, though :) 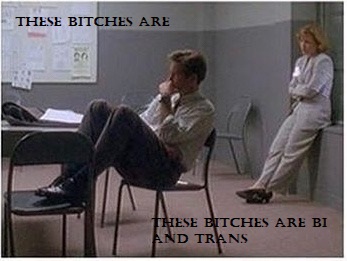 Log 4.5.22
a few nights ago i watched 5x04 of the x-files - detour. already it's one of my favourite episodes. not to be one of them fandom 𝕓itches but MULDER AND SCULLY. THEY ARE IN LOVE. im 𝕗ucking obsessed with these little people. in case you weren't aware. not to mention MOTHMAN??? HELLO?????? the episode just hit the exact right note for me in terms of spooky vs fun. and everyone was ok in the end! except for the surveyors. r.i.p. them i guess. anyways this episode is up there with Fire, Sygyzy and War of the Coprophages for comfort episodes. it's so good ill definitely be rewatching it <33