Log 24.7.22
yesterday i rewatched Billy Elliot for school. man every time i watch it, it gets to me.

going to maybe rewatch pacific rim or the social network tonight. feeling v sick so i need a movie ive seen many times

mostly i've just been watching the x files! i paused after the emily stuff in s5 but turns out i just stopped before the fun monster of the week stuff resumed. holy shit ive been having SUCH a good time <33 the haunted doll episode was SO good peak nd mulder episode. scully deserves to hang up on mulder more often she deserves a break!!!! a vacation!!!!! my beloved,,, i remember now why i am in love with her. none of this is mulder hate btw he is so so so important to me. i just appreciate having scully-centric episodes they always have fun characterisation. i particularly appreciate this shot: 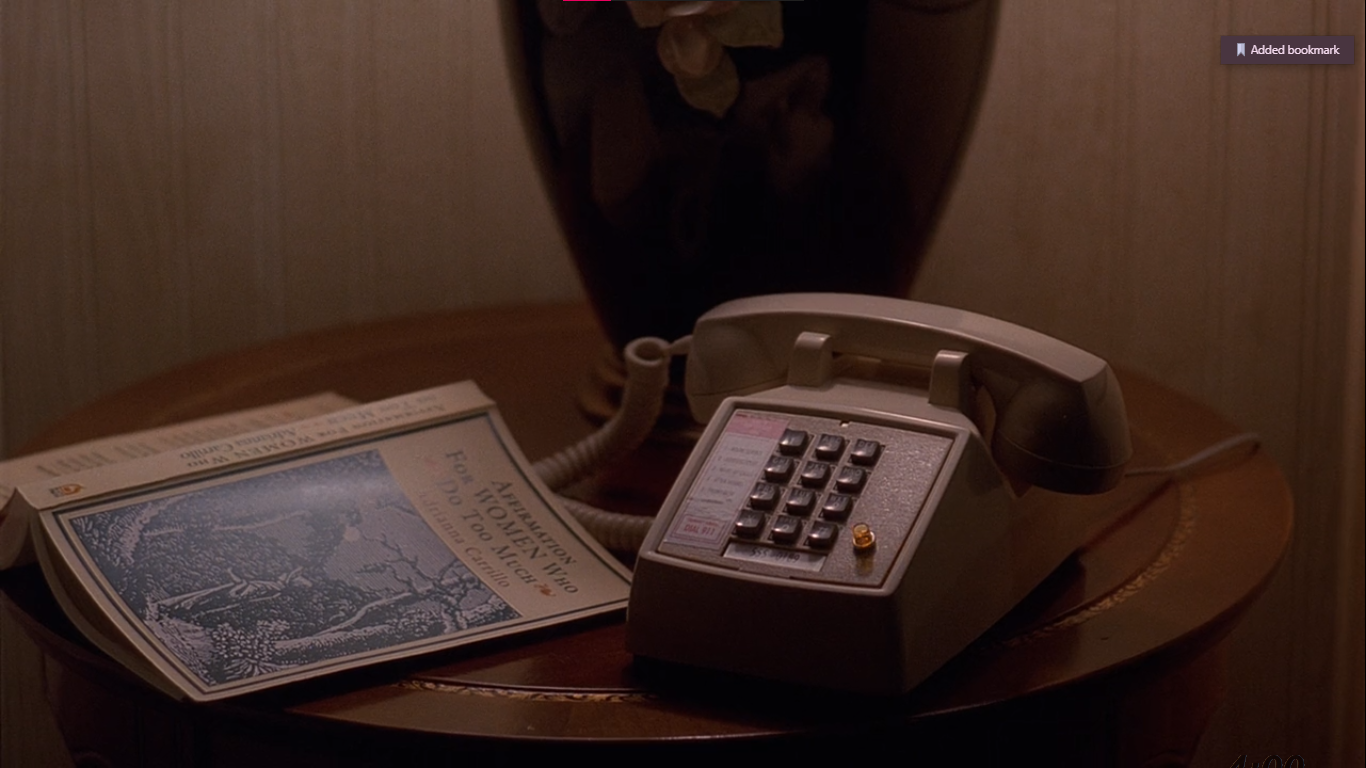 Also of course I loved Kitsunegari, Schizogeny, Kill Switch and Bad Blood. so excellent all of them but ESPECIALLY bad blood i was losing my mind the whole time. i love it when theyre bitchy and annoying to each other!! so much fun!!! Sygzygy is also one of my favourites for that reason. it's just Peak Cinema watching them aggravate each other yknow??? kill switch was excellent i love ai i love technology i love the idea of uploading consciousness and i LOVE when it all goes horribly wrong. also goth women rights!!!!! invisigoth i love you. schizogeny im not afraid to admit scared me. not while i was watching it but after,,,,,,, i havent watched txf in so long (at least not alone and at night) so uhh. yeah. i got a little spooked 😔 abuse narratives and/or therapeutic malpractice always get to me.

someone remind me to write up a full unified list of theories before i watch the next part. god i fuCKING KNEW IT!!! im excited stimming just thinking about it oh my god i CALLED it!!!!!!!!!

twin peaks fixation continues. everything reminds me of laura palmer.

i have also been listening to wtnv. mostly alone sometimes with my brother. it's good i rlly like the old episodes [controversial sidenote: i miss cecil's weird stilted radio voice!!! it was good and comforting! ):<   ]

that is pretty much it for me. ive been very busy working on my mp3 collection (i bought a hot pink mp3 player yesterday SO excited for it to arrive)!

Log 7.7.22
it is now four days since i first watched twin peaks and it's lodged completely in my mind new hyperfixation i guess. anyways.

there r two other things i wanna talk about: heartstopper and hetero. both shows praised for being by queer people for queer people. hetero i was SUPER hyped for - i even contributed to the fundraiser!! i actually donated a pretty significant amount!!! and heartstopper i was kind of ambivalent about until it was recommended to me by my book club (people with generally good taste). my reactions to these were.... not what i thought they would be.

let's start with heartstopper. i haven't watched the show yet, i'm reading the comic first - just on tumblr. it's extremely readable which i appreciate and it feels??? quite well done?????? im not very far in yet but. it's significantly better than i expected. then again i did NOT expect it to be good so i started with very low standards which it achieved very quickly. it's cute it's readable the art is nice and i like the honesty of it. 8/10 looking forward to finishing it.

the first thing that REALLY caught my attention was the shitty joke about ace people in the first episode. like, jesus christ. that was unnecessary. (why is it always self-identified progressive people who do this,,,, yikes.) after that i was watching with a much more critical eye. it was extremely obvious that it was made by amateur filmmakers who didn't quite know what they were doing and were covering by making something fun and gay. which like.... euuughhhhh. not for me. i watched the first two episodes but to be honest i don't think i'll be watching the rest. which is really disappointing!!!!! i put a fair amount of money into that!!!!!!! 2/10 i liked cohen.

Log 4.7.22
i am writing this sitting on an air mattress in n's room. we having a twin peaks sleepover!!! very exciting!!!! i have been looking forward to this for ages and i am pleased to report: twin peaks is FUCKING WEIRD. it is so so so good.

first off: dale cooper, beloved. i love him. with all my heart. he has autistic tboy swag!!!! such a weird little guy i am obsessed. also i think coop and harry should kiss. they are boy best friends!!!!!! audrey is my beloved i would die for her she is bi and has issues. actually all the women in twin peaks. so many women in this show it's making me realise how few women are in the x files. i will always be a TXF girl (gender neutral) but i am extremely enjoying twin peaks. so far we have watched up until the end of the first episode of season two. i thought i wasn't too invested and THEN THE S1 ENDING!!! i could not do anything i was distraught i was shaking i was so so so worried. so obviously we had to watch the next one. god i have so many feelings about laura palmer like. everyone thought they knew her. but nobody did. she corrupted others because she felt there was something dead and rotten inside her. the whole town loved her. nobody knew her.

(wrote this yesterday but got distracted before posting)